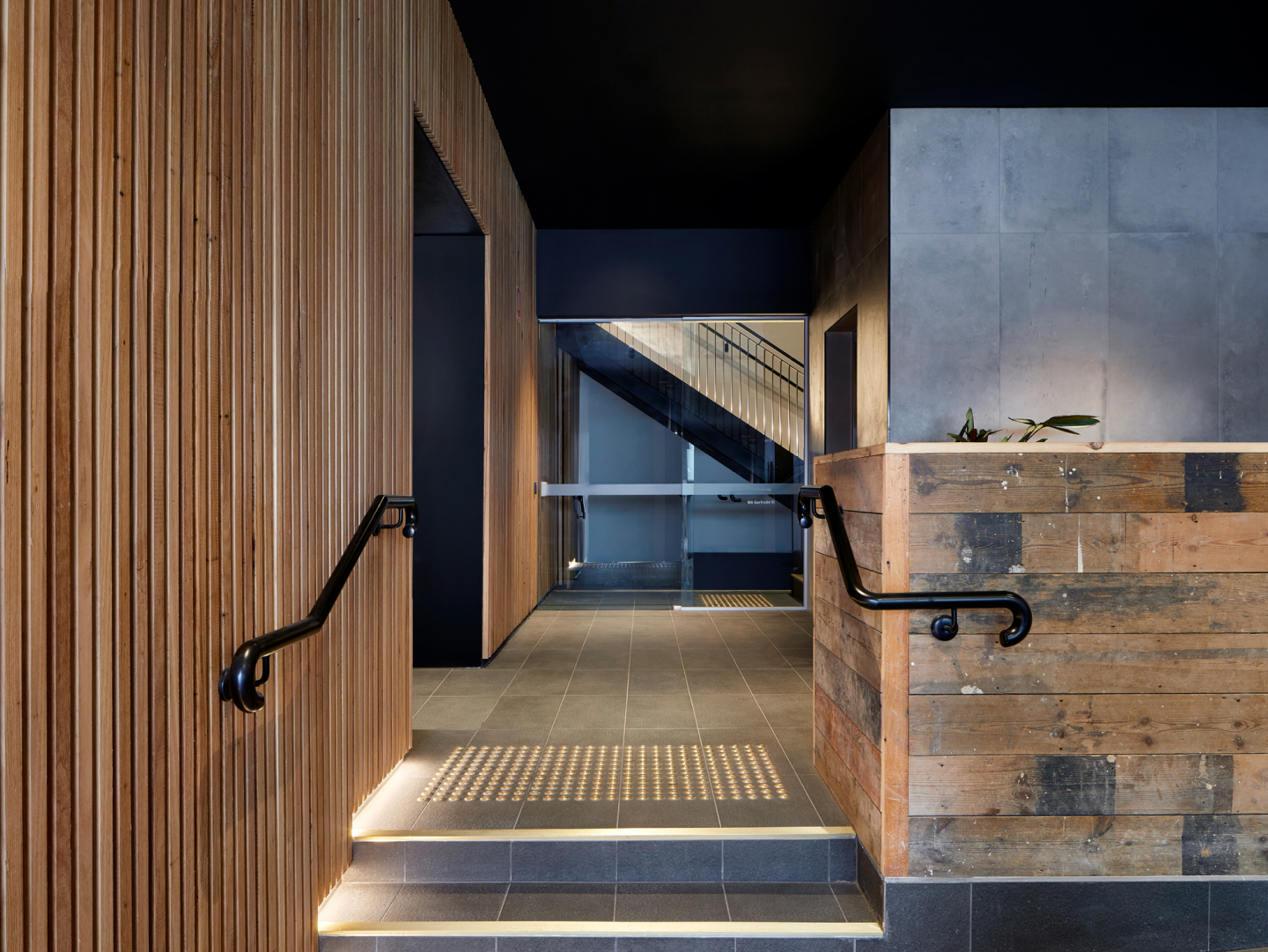 This heritage property, (formally part of the showrooms and warehouses of Charles Johnston & Co’s furniture empire in Gertrude Street, Fitzroy) has approximately 2,000sqm of leasable floor area.  It is a prominent building, recognisable with its 7m high “Johnstons Furniture” sign which remains untouched.

Timmins & Whyte assisted in the consolidation of spaces and bringing the building up to code for fire, egress and DDA compliance over 2 and 3 levels. We re-planned the building and incorporated a DDA compliant street access, a new foyer with a lift and stair well, new toilets and breakout shared kitchenette spaces, a gym over two floors and office and studio spaces.

The new design insertions play a subordinate role to the original architecture and clearly distinguish new from old. In general new joinery, ceilings and openings in existing walls have been defined with a black material or surface to appear recessive or in shadow.  The original timber trusses and flooring have been retained and paint removed bringing these crafted elements back to life and become visually prominent.  Existing floorboards with years of markings and paint splashes and aged varnish from its more recent former life as art studios have been recycled and lines walls in the foyer and the largest tenancy, becoming an architectural palimpsest.

The heritage façade remains for the most part unchanged with the addition of two frameless glass entry doors. 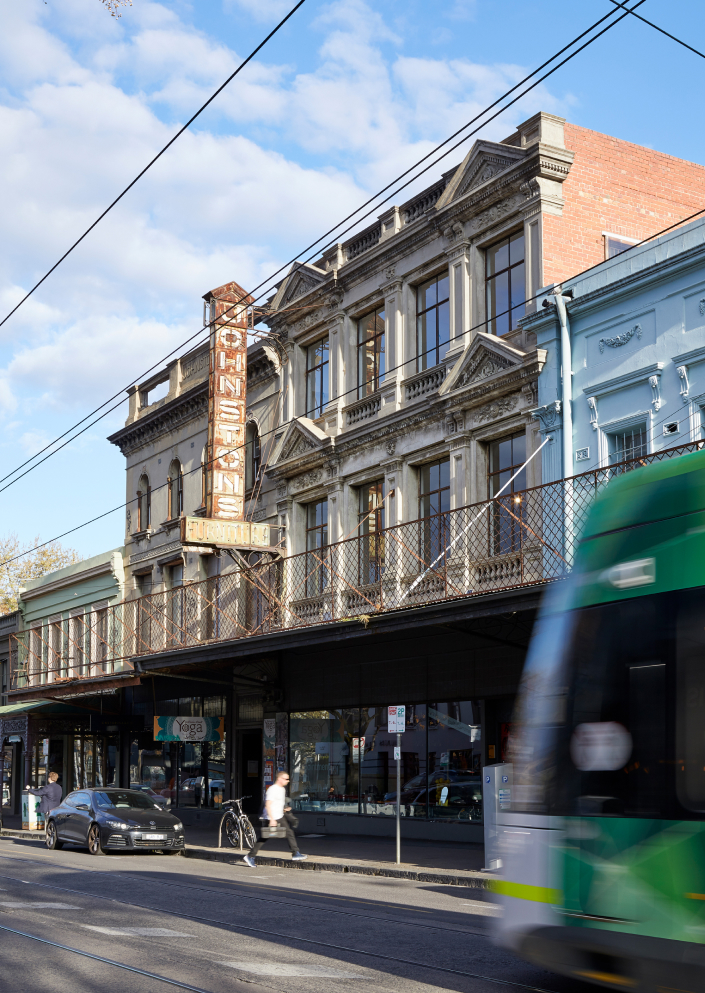 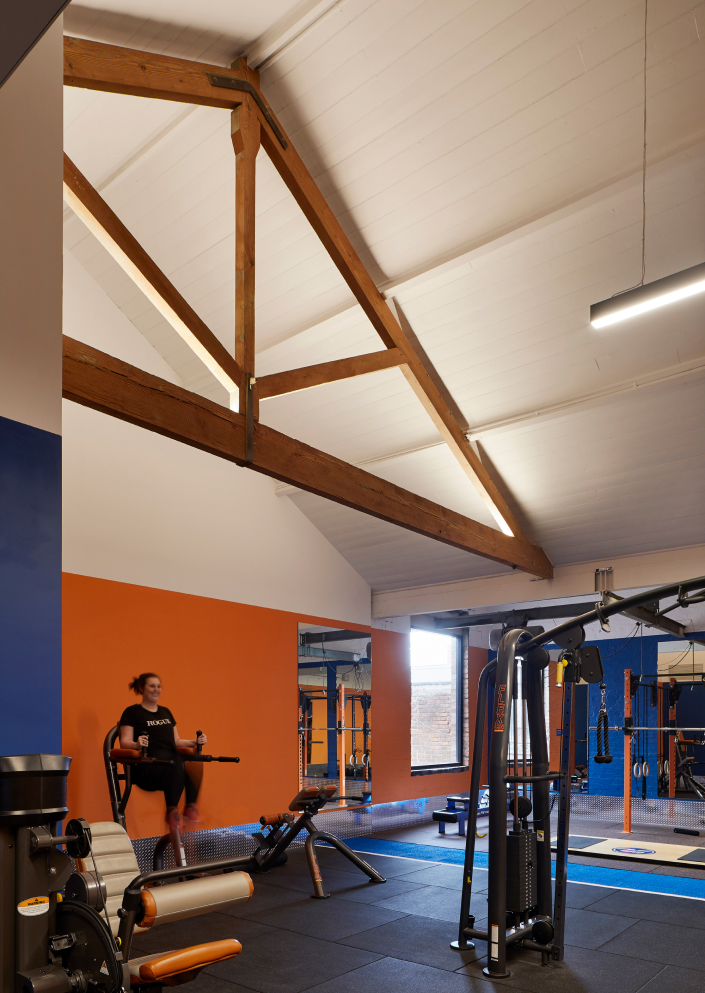 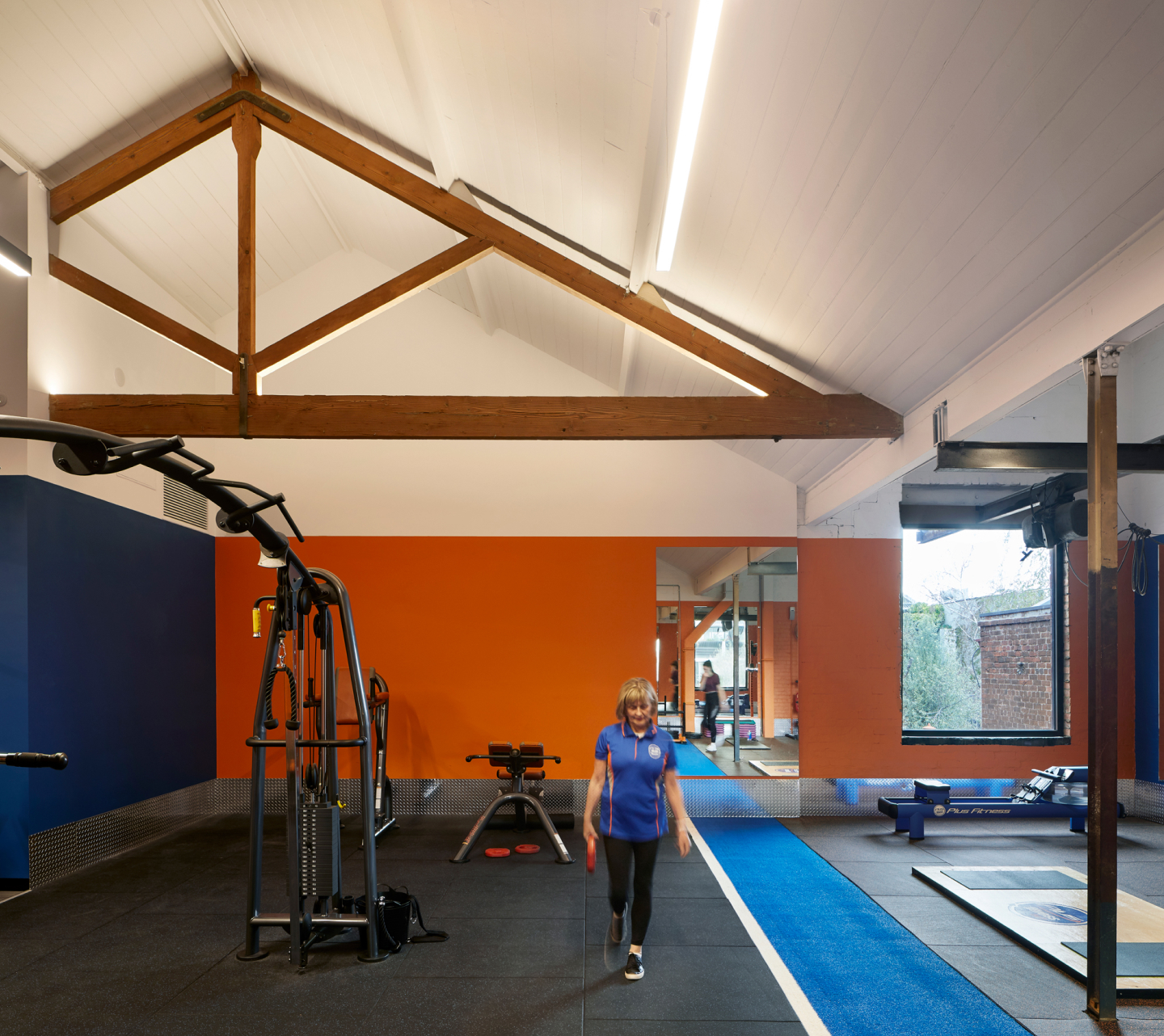 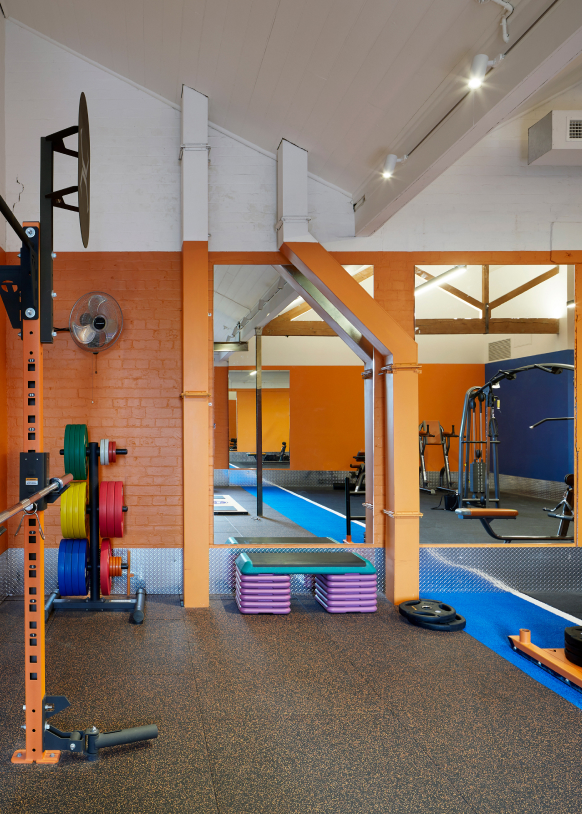 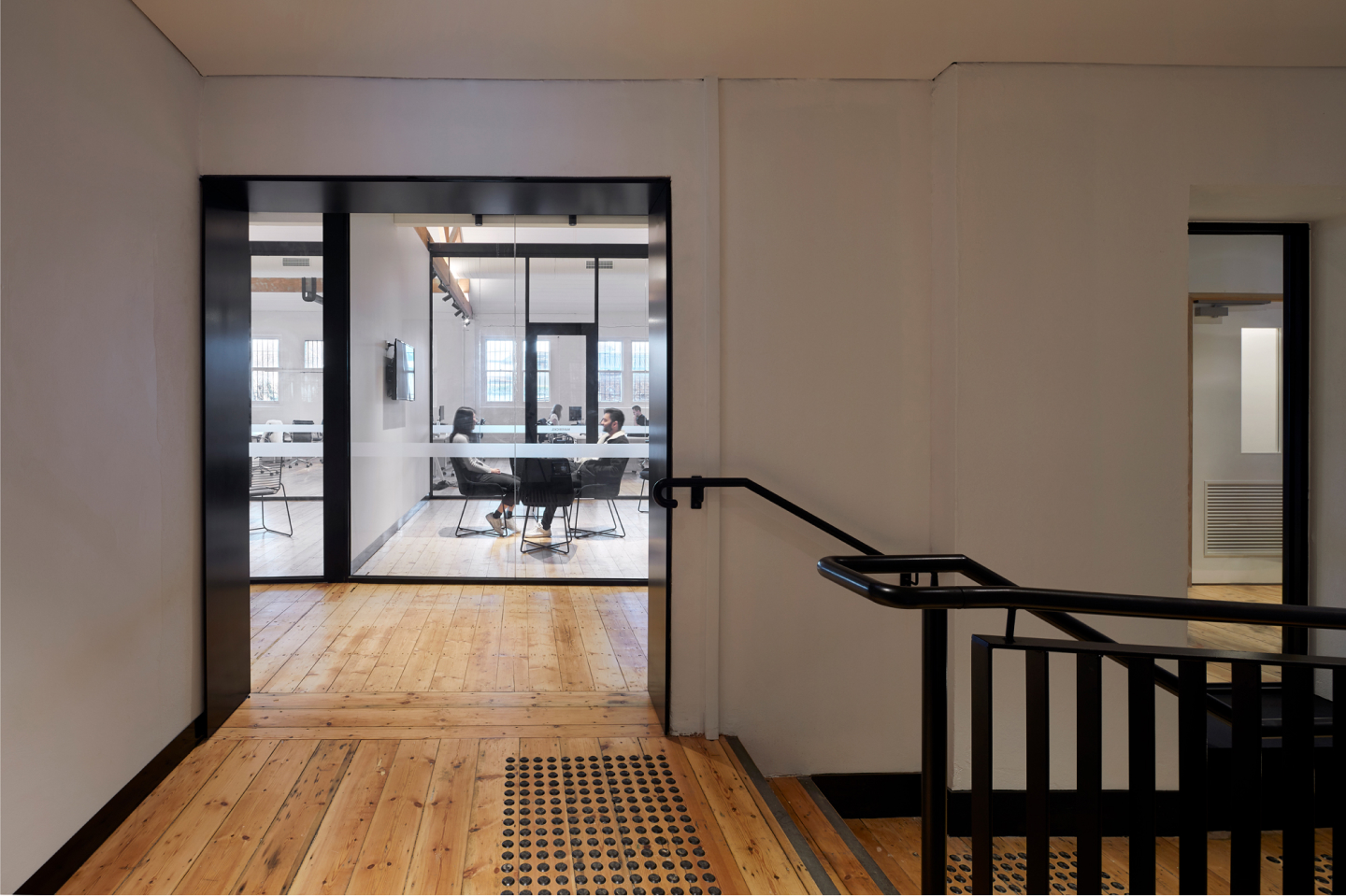 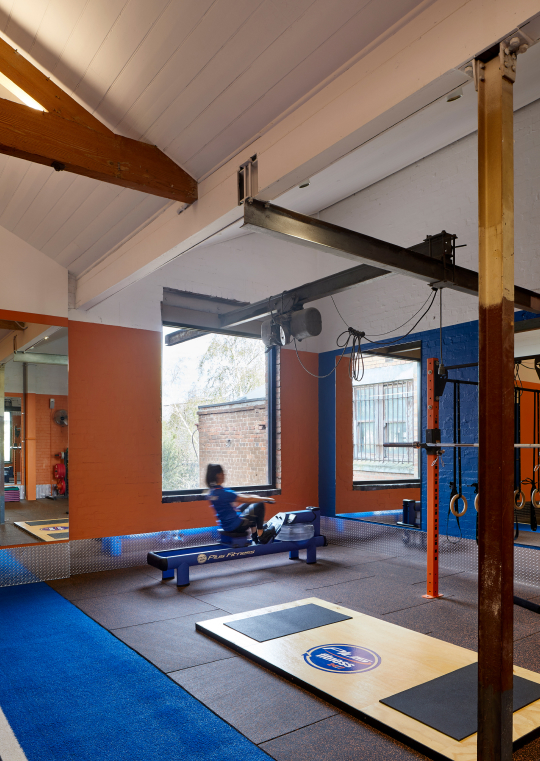 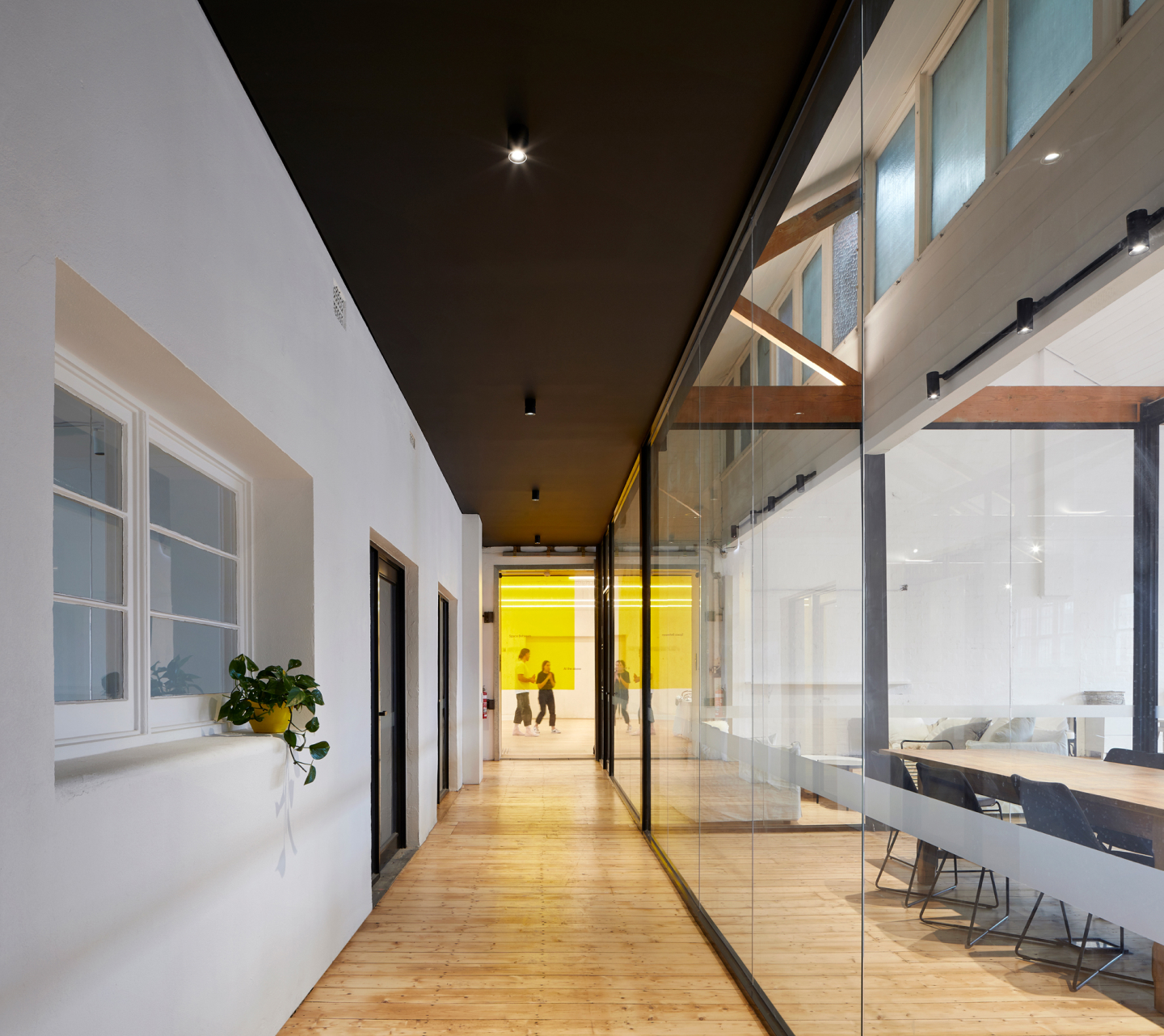